By registering with KRDL you'll be able to download all of the best Tokusatsu completely free! So what are you waiting for? Register now!
Kaiketsu Zubat
AllAVIMP4MKV 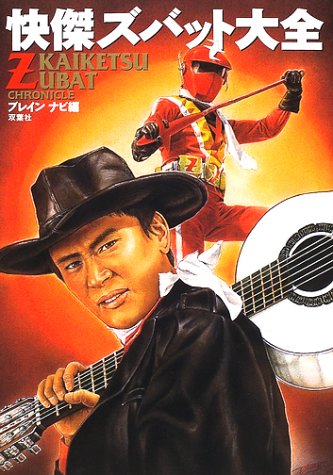 Private detective Hayakawa Ken takes on the identity of Kaiketsu Zubatto to revenge the murder of his friend, Goro Asuka, by the evil group Dacker. Each week Zubat defeats another masked villain leaving a card with a large "Z" in the center of it, and a red rose on the fallen criminal. Hayakawa Ken (or Ken Hayakawa to westerners) looks like he stepped out of the American west in his black leather outfit complete with cowboy hat. Like Jiro in "Jinzo Ningen Kikaida" he announces his presence by playing a guitar. In order to do battle with the villains who have one side of their faces masked, he removes from the secret compartment in his guitar the power suit and helmet which give him super human speed and agility, becoming Kaiketsu Zubat. Zubat is armed with a whip and a red dagger, of his own design. He usually enters combat by driving his flying car to the building the bad guys are hiding in, then swinging in through the window on his whip.