By registering with KRDL you'll be able to download all of the best Tokusatsu completely free! So what are you waiting for? Register now!
Kyouryuu Sentai Zyuranger
AllAVIMP4MKV 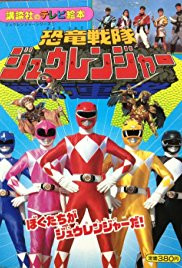 Bandora's son was killed by dinosaurs and she vowed revenge against the Earth. Five tribes from ancient human civilizations chose one of their best warriors to form the Dinosaur Battle Team Beast Rangers (Kyouruu Sentai Juurenjaa) and protect the planet. The complete form of their Guardian Beasts (Shojuus), Ultimate Great God of Creatures (Kyuukyoku Daijuujin) imprisoned Bandora and her gang on the planet Nemesis. In 1992, Barza, posing as an apartment manager, was forced to revive the Juurangers to protect Earth again when astronauts accidentally released Bandora.