By registering with KRDL you'll be able to download all of the best Tokusatsu completely free! So what are you waiting for? Register now!
Special Rescue Police Winspector
AllAVIMP4MKV 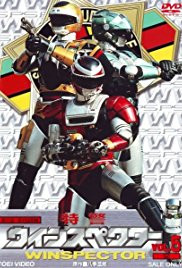 Special Rescue Police Winspector takes place in a near-future Japan of the year 1999. As the country is facing a great threat from criminals, new methods of protecting people are created. The Winspector squad, consisting of the robot brothers Walter and Bikel, along with Ryouma (wearing the Fire Tector armor), defend against super powered threats, ranging from mob attacks to scientific experiments gone terribly wrong.