By registering with KRDL you'll be able to download all of the best Tokusatsu completely free! So what are you waiting for? Register now!
Tekkouki Mikazuki
AllAVIMP4MKV 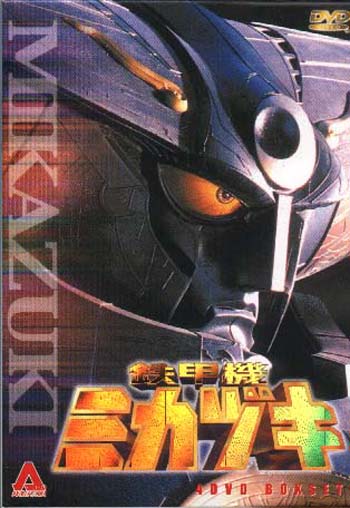 Tekkouki Mikazuki tells the story of Kazeo, a young boy whose life is saved by the appearance of the giant robot Mikazuki during a monster attack. When it is discovered that the boy has the unique ability to pilot the robot in battle, he becomes a member of the AIT team. AIT is dedicated to protecting the Earth from Idea-Monsters (Idom). These creatures are the manifestations of people's thoughts, and often appear in unthreatening (even humorous) forms before transforming into vicious monsters.