By registering with KRDL you'll be able to download all of the best Tokusatsu completely free! So what are you waiting for? Register now!
Bima Satria Garuda
AllAVIMP4MKV 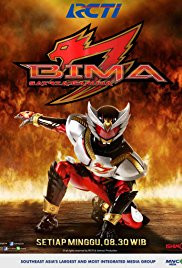 BIMA - Satria Garuda is the first Super Hero TV Series in Indonesia. Inspired by Kamen Rider Series from Japan, Bima is partly co-produced by Japanese Production Company that created the Kamen Rider Series. Ray Bramasakti is an ordinary man that forced to accept his destiny to become BIMA, a superhero that have to save the word from Alien Invasion that called themselves VUDO. Helped by a mysterious man named Mikhail, Ray must learn how to utilize the Red Power Stones that being given to him by Mikhail.