By registering with KRDL you'll be able to download all of the best Tokusatsu completely free! So what are you waiting for? Register now!
Kishiryu Sentai Ryusoulger
AllAVIMP4MKV 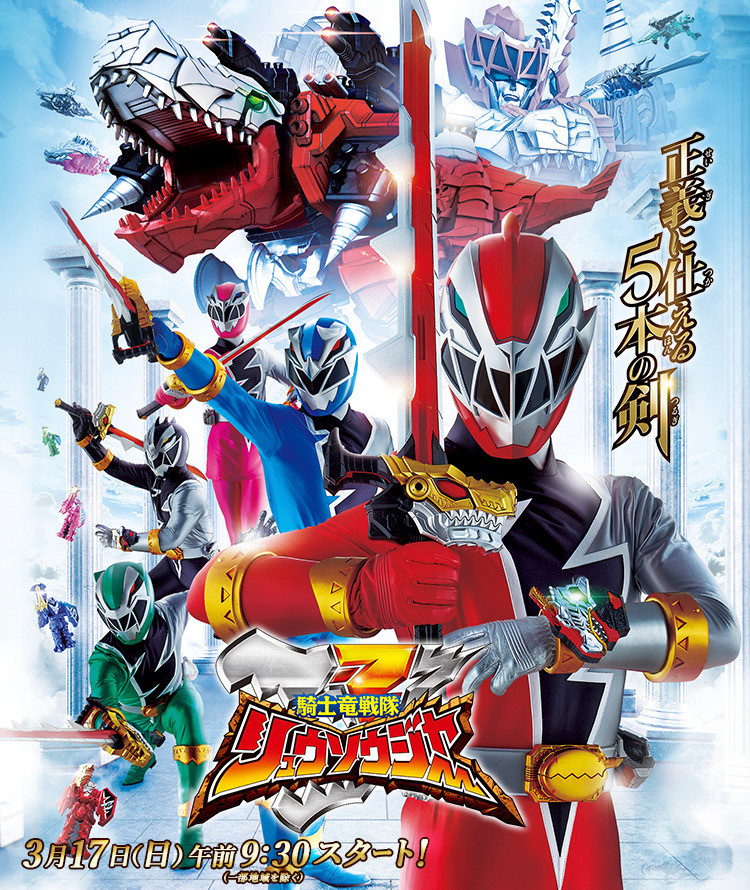 65 million years ago, the immensely powerful Druidon Tribe reigned over Earth. The tribe abandoned the planet when a gigantic meteor approached, vowing that they would return as the rulers of the world again as they headed into space.

The Ryusou Tribe who battled against the Druidon Tribe stayed on Earth, along with their dinosaur companions, the Kishiryu. The Ryusou Tribe withstood the ice age brought on by the gigantic meteor. They placed their Kishiryu companions into the Ryusouls and sealed them in temples throughout the world.

Time has moved on and the Druidon Tribe has returned after fighting in harsh environments across space, totally increasing their powers. The Ryusou Tribe that kept the Earth safe in the past have selected new knights: the Ryusoulgers. They have been revived by their mission as the battle against the Druidon Tribe begins.