By registering with KRDL you'll be able to download all of the best Tokusatsu completely free! So what are you waiting for? Register now!
Ultraman
AllAVIMP4MKV 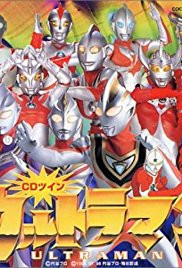 The series begins when the alien Ultraman pursues an alien monster to Earth. In the pursuit, he crashes with Hayata, an officer of the Science Patrol who is investigating the chase. To make amends for the accident, the alien gives his life force to the human along with his regular form and powers should he ever need it. This linking proves to be a most fortuitous event as the monster being pursued is but the first of a wave of destructive monsters and aliens that attack the planet. Hayata investigates sightings of these beasts as part of the Patrol who fights these threats with the advanced weapons at their disposal. However, the monsters often prove too strong for the Earth forces to stop. When that happens, Hiyata uses the beta capsule given to him by the alien. When he activates it, he transforms to the giant superhero, Ultraman, who wields the power necessary to protect Earth.